Tackling Tennessee's Online Sales Tax: The Good, The Bad, and the Uncertain 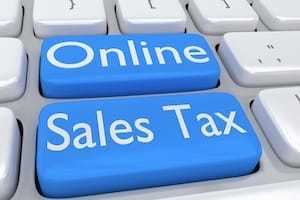 The bad news is, when it comes to tax law, it's rarely simple to sort through and it's frequently a daunting task to comply. This ruling is no exception.

The Basics of the Ruling

On July 21, 2018, the US Supreme Court ruled in South Dakota v Wayfair that states can collect online sales tax from out-of-state companies even if the company does not have a physical location in the state. This decision overturned the old rule that required a company to have a “physical presence” (brick-and-mortar store) in the state before being subject to sales tax collection.

Now, for example, retailers who are leveraging increasingly popular online platforms such as Instagram, Facebook or even their own dot coms to boosts sales across state lines may be required to collect sales tax from its customers and remit it to the state in which the sale was made.

The small business owner can applaud this US Supreme Court decision because now online retail giants such as Amazon and Wayfair will be forced to tweak their business models and start collecting sales tax. Theoretically, this could weaken the giants' competitive advantage that they have enjoyed by previously offering the customer lower-priced (tax-free) goods.

However, the small business owner now will be forced to spend significant efforts on being compliant from a sales tax perspective in every respective state in which it does business (which could be up to 10,000 tax jurisdictions!) That alone is terribly daunting and could be a headache for any small business that's not set-up to take on such a task. On the contrary, companies such as Amazon and Wayfair are much better equipped with countless accountants and administrative personnel to easily tackle the job.

What this Means for Tennessee Businesses 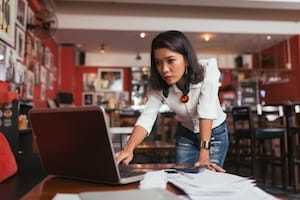 This is where it could get tricky. The Supreme Court's 2018 Wayfair ruling for online tax collection does not necessarily apply the same across all states, leaving Tennessee's tax policy somewhat in a state of limbo. The Tennessee General Assembly has not yet approved the implementation of the sales tax collection and prohibits the Department of Revenue from enforcing the collection until it has reviewed the Supreme Court's Wayfair decision, which won't likely occur until sometime in 2019.

Tennessee has its own colorful history with collecting online sales tax. In 2017, it was slapped with a lawsuit by the American Catalog Mailers Association who claimed Tennessee's collection from out-of-state businesses was unconstitutional and contradicted the Quill Corp. v. North Dakota ruling on physical presence in 1992 when online shopping was not as widespread.

While there are many unanswered questions from the Wayfair ruling, businesses in Tennessee can be certain that a major shift is imminent for online sales. The saving grace for some businesses could be a revenue threshold (which currently is $500,000 in Tennessee and may be revised to $100,000 after the Wayfair ruling); sell less than the threshold amount, and no sales tax collection will be required from the state.

As Tennessee continues to define, approve and refine its regulations to comply with the Supreme Court Wayfair ruling, small businesses should start preparing for when these rules become effective. Advance strategic planning for how to sell across state lines via the internet can help Tennessee businesses experience a smooth transition when the regulations become law.

Charles R. Frazier is a tax attorney with more than 10 years of professional experience. A native of Middle Tennessee, he is a former Internal Revenue Agent for the IRS and is an experienced estate planning and probate administration attorney. For more information about Charles and his tax law expertise, visit www.crfrazierlaw.com

Thank you for contacting us. We will get back to you shortly.

Please complete all required fields below.

Call us today for your LOW COST CONSULTATION - 615-267-0125. We can provide the advice and representation that you need for your legal matter.